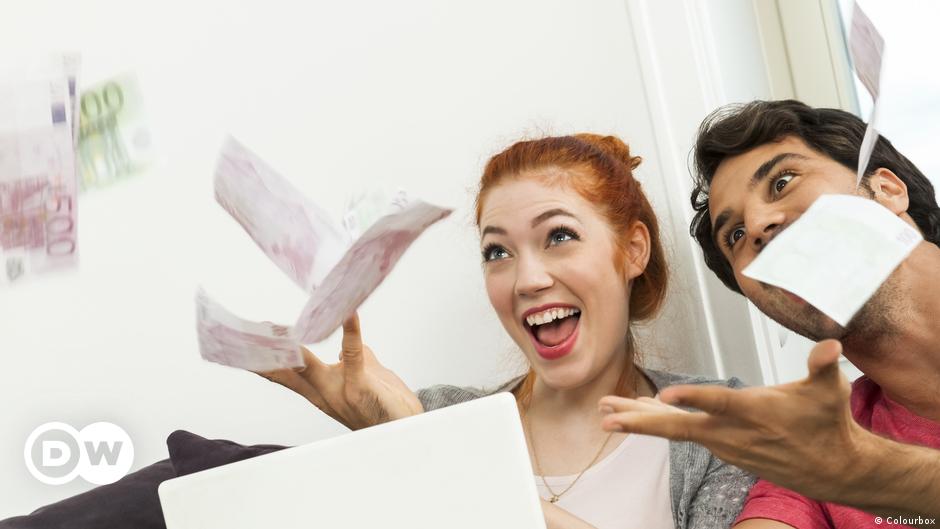 Ether, the digital coin traded on the Ethereum blockchain and the world’s No. 2 cryptocurrency, hit a new all-time high of $3,456 (€2,877) on Tuesday, after breaking the $3,000-mark for the first time on Monday in a rally that could spell trouble for big brother Bitcoin.

The development is a change of pace in a year that has been largely focused on Bitcoin. Bolstered by growing institutional interest and pandemic-induced financial uncertainty, the world’s No. 1 cryptocurrency has gained 100% since January.

Riding the same trends, lesser-known Ether has quietly gained more than 360% over the same period. Ever more investors are betting that the blockchain technologies underpinning Ethereum will allow it to eventually overtake Bitcoin. The Ether/Bitcoin cross rate — that is, the exchange rate of two currencies as expressed in a third currency, like the US dollar — has risen more than 100% this year.

A contender for the crown

“At first, the rally was really led by Bitcoin because as a lot of the institutional investors came into the space, that would be their natural first port of call,” James Quinn, managing director at Q9 Capital, a Hong Kong cryptocurrency private wealth manager, told Reuters.

“But as the rally has matured over the last six months, you have DeFi and a lot of DeFi is built on ethereum.”

DeFi, short for Decentralized Finance, is a form of finance that relies on decentralized blockchain technology, as opposed to central financial intermediaries like banks. The technology uses “smart contracts,” which runs on the Ethereum blockchain. Ethereum can link the transactions to certain conditions, the so-called smart contracts. This technology has become the foundation for another blossoming digital asset — nonfungible tokens (NFTs).

Growing buzz around NFTs is another explanation for Ether’s moment in the spotlight.

NFTs function as a type of digital certificate of ownership for unique assets, like works of art, or even baseball cards or weapons used in computer games. When you buy or sell an NFT, a record of the exchange is stored on a shared ledger hosted on blockchain, the decentralized nature of which prevents forgery and fraud. This is similar to how cryptocurrencies work. Unlike cryptocurrencies, NFTs are underpinned by unique assets, making them nonfungible.

With NFTs, smart contracts can be created to, for example, automatically give an artist a share of future sales of the token. This functionality could offer greater potential than Bitcoin technology.

More traditional players are also hopping on the Ethereum train. Canada recently approved the launch of three exchange-traded funds (ETFs) that will expose investors to Ether. This comes just a few months after the country gave the go-ahead for the world’s first ETF with Bitcoin exposure.

Last week, the European Investment Bank, the EU’s lending arm, announced that for the first time ever, it had used Ethereum blockchain technology to issue €100 million in two-year digital notes.

“These digital bonds will play a role in giving the Bank a quicker and more streamlined access to alternative sources of finance to boost finance for projects across the globe,” EIB Vice President Mourinho Felix said in a statement.

On Monday, the CEO of eBay said the e-commerce website was looking into accepting cryptocurrencies and considering how to facilitate the buying and selling of NFTs on its platform.

“We’re exploring opportunities on how we can enable [NFTs] on eBay in an easy way,” eBay CEO Jamie Iannone told CNBC.

“Everything that’s collectible has been on eBay for decades and will continue to be for the next few decades.”

A growing number of companies, including Tesla and PayPal, have embraced the use of virtual currencies over the past year.

In the same way that many believe Bitcoin to be overvalued, Ether is also believed to be undervalued, Naeem Aslam, chief market analyst at brokerage AvaTrade, told Reuters.

Ether currently has a market capitalization of around $364 billion, according to coindesk.com. The total value of all Bitcoin in circulation is just over $1 trillion. The oldest and most prominent cryptocurrency, Bitcoin, rose nearly 4% on Monday to $58,821.