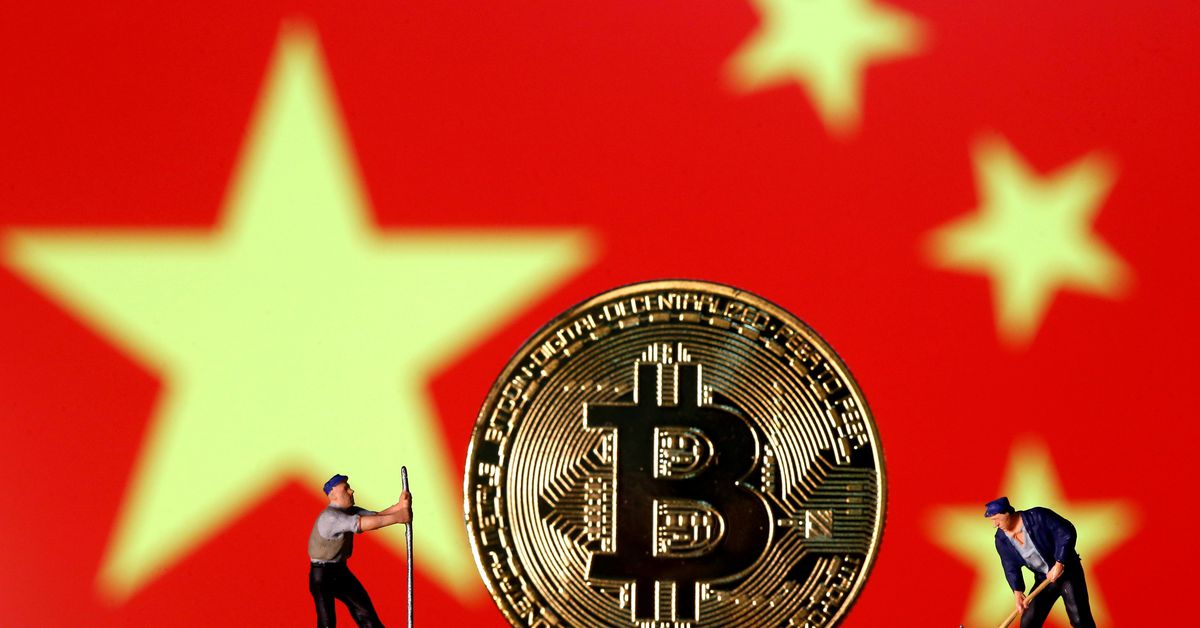 SHANGHAI, Sept 27 (Reuters) – Beijing’s new blanket ban on all cryptocurrency trading and mining – the broadest yet by a major economy – has sent crypto exchanges and service providers scrambling to sever business ties with mainland Chinese clients.

Shares in a range of Chinese crypto-related firms plunged on the ban which closes off loopholes left in previous regulatory crackdowns on the sector. Industry executives noted, however, that many companies had already shifted key portions of their business outside China.

Ten powerful Chinese government bodies said in a joint statement on Friday that overseas exchanges were barred from providing services to mainland investors via the internet – a previously grey area – and vowed to jointly root out “illegal” cryptocurrency activities.

In response, Huobi Global and Binance, two of the largest exchanges globally and popular with Chinese users, stopped new registrations of accounts by mainland customers. Huobi also said it would clean up existing ones by the end of the year.

“On the very day we saw the notice, we started to take corrective measures,” Du Jun, Huobi Group co-founder said in a statement to Reuters.

Du did not give an estimate of how many of its users would be affected, saying only that Huobi had embarked on a global expansion strategy many years ago and seen steady growth in Southeast Asia and Europe.

TokenPocket, a popular service provider of crypto wallets, also said in a notice to clients that it would terminate services to mainland Chinese clients that risk violating Chinese policies and would “actively embrace” regulation.

Some of the world’s biggest crypto exchanges originated in China but Chinese authorities have come to see cryptocurrencies as speculative instruments lacking in intrinsic value, prone to acute price moves and a means to circumvent capital controls. Chinese authorities have instead thrown their weight behind the development of an official digital currency.

The ban, which comes amid a swath of regulatory actions that have hit a range of sectors from gaming to tech to for profit-tutoring, makes it very hard for Chinese mainland investors to buy or sell the assets unless they leave the country. It does not, however, go so far as to declare ownership of cryptocurrencies as illegal.

In contrast, while elsewhere in the world cryptocurrency firms are facing increased oversight, outright bans are rare.

“I don’t believe China’s approach will set a standard for how other countries approach regulating this space,” said John Wu, president of Ava Labs, a blockchain company.

Amid the crackdown, other types of Chinese crypto companies have been moving out of China over the past few months, said Flex Yang, founder and CEO of Babel Finance, adding that the impact from the latest policy would be “limited”.

Earlier crackdowns appeared to have led to capital outflows for many Chinese exchanges. Some $28.3 billion worth of capital flowed out from crypto exchanges of Chinese origin such as OKEx, Huobi and Binance to foreign exchanges in the first half of 2021, a jump of 62% compared to outflows for all of 2020, according to consultancy PeckShield.